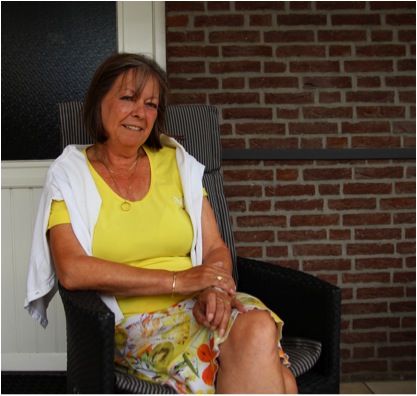 “The lives of so many people could be improved by this!”

Our main goal is what we call ‘humanizing technology’ – adapting technology to the needs and wishes that spring from the everyday lives of real, flesh-and-blood human beings. As a testimony to this, we have started visiting users in their own home: to listen to stories about the role technology plays in their lives. Whether that is a big, leading role – or a tiny supporting one. In the coming weeks, you will be able to read a new story every week! Today part three: Mrs. Cintha Bax from Brabant, The Netherlands.

“I see it everywhere: developers of technology and manuals assume that people who are not yet familiar with modern technology, understand way more than these people actually do. People who are used to smartphone technology simply lose the ability to think like those that aren’t – it’s a kind of blind spot. They see everything as self-explanatory and obvious, but for most people they really are anything but! And that leads to a lot of unfortunate incidents. Like someone accidentally calling the cops – ten times in a row. That has actually happened to someone I know; the police was not amused. What also happens often is that people just stop using the technology altogether. And they’re exactly the people whose lives can benefit most from it! That’s why I find it so important that people start paying attention to this problem – like Gociety does.”

“I already taught an Ipad course, when I came into contact with Gociety – now I lead a little club of GoLivePhone users, with whom I test whether there are still parts of the software or manual that are unclear for inexperienced technology users. This way, the technology is adapted to real life people in the most straightforward way. Recently, we’ve also started using WhatsApp for our communication as a group. It’s funny how quickly having a group app turns a bunch of people into an actual group – people have started messaging about all sorts of other things in it now.”

“The community in which I live – and some surrounding communities – has the wish to become a completely dementia friendly community. I have told them straight away: take a look at this – something like the GoLivePhone could make a huge difference. When they have the GoLivePhone with them, people with mild cases of dementia can easily take a walk of go on a bike tour by themselves; when they get lost, their phone can guide them home, and their location is known to their loved ones or care givers at all times. That’s ideal! The lives of so many people could be improved by this – I was shocked when I saw the numbers. A small community like Oisterwijk already has 500 people with dementia! And that number is growing everywhere, due to the rapid ageing of the population. When it comes to health care, we are really going to have to count on each other – and technology like this facilitates that perfectly.”

“I have been using a smartphone for a long time now. I used to have a Nokia, and since then I have witnessed the gradual change from these robust mobile refrigerators to sophisticated modern-day smartphones – and that makes a big difference, when it comes to understanding the technology. As long as my children have been using Whatsapp, I have been ‘apping’ along. Nowadays I have to admit that I’ve kind of merged with my device – the rare times I accidentally leave it at home, I feel handicapped all day!” 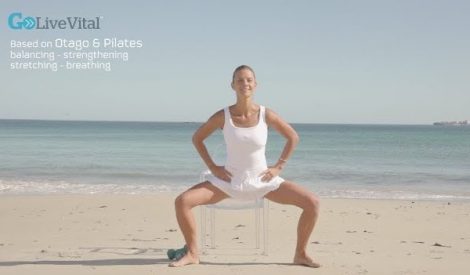 Stay healthy, safe and fit – without leaving the ...

These are strange times for everyone. Just as spring was beginning and we were getting excited about our favourite part of the year – filled with sprouting narcissus,... 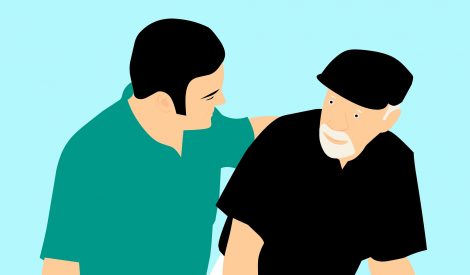 Changing healthcare: from curing to caring

We dream of a world in which healthcare isn't about curing and illness – but actually about caring and health. Almost every language has a version of the following...